Hinokishin Day across the World 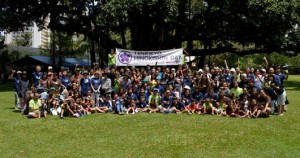 This year’s Tenrikyo Hinokishin Day was observed at various locations in a number of countries by the end of May. On Oahu Island in Hawaii, for instance, 140 people engaged in clean-up hinokishin on May 4 at the Honolulu Zoo—which has been a Hinokishin Day site in Hawaii for the past 27 years. The Mission Headquarters of Hawaii is scheduled to conduct the installation service for its new bishop on June 15 this year and the headquarters’ 60th anniversary on May 17 next year as the followers in Hawaii continue to build up momentum in anticipation of the 130th Anniversary of Oyasama. 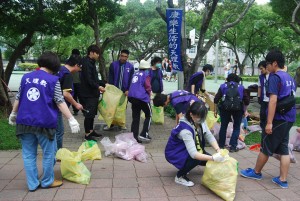 In Taipei, Taiwan, 64 followers spread the name of God as well as engaged in clean-up hinokishin in the neighborhood of the Mission Headquarters. (May 4) 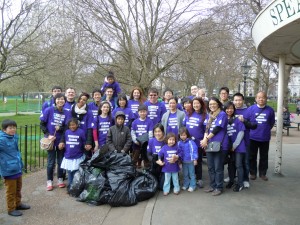 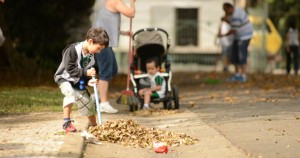 In São Paulo, Brazil, Hinokishin Day was held at Ipiranga Independence Memorial Park, drawing 711 followers, including many families. (May 1) 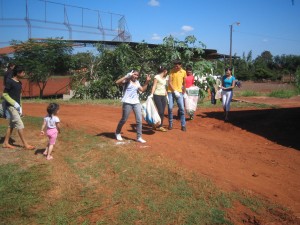 In Paraguay, people joined together for Hinokishin Day at a baseball park in Yguazú City. (Apr. 21) 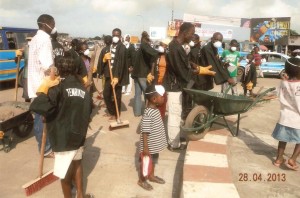