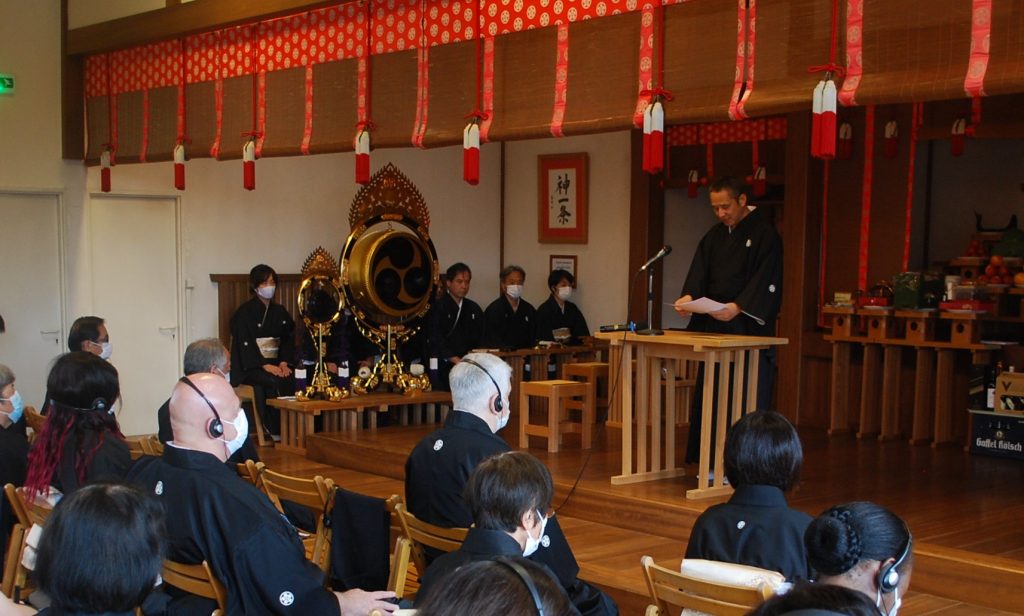 On September 19, Tenrikyo Europe Centre conducted a service to celebrate its 51st anniversary, with about 70 followers from France, the U.K., Germany, and Spain attending the event at the center.

The anniversary service was originally planned to be held last year to mark the 50th anniversary, but it was postponed due to lockdowns that were enforced in European countries in response to the rising cases of COVID-19. The center decided to hold the event this year in light of the progress of vaccination programs and the lifting of restrictions in European countries. On the day of the service, various measures such as wearing masks, ventilating the sanctuary and other buildings, and sanitizing hands were put in place to reduce the risk of infection.

Preceding the service, Tenrikyo Europe Centre Head Yoshihisa Hasegawa read the Shinbashira’s message to the congregation. In the message, the Shinbashira said: “[I]t is important for us to accept the global situation as our own concern and ponder over it based on the teachings as befits followers of Oyasama’s teachings. At the same time, I believe that we should perform our tasks spiritedly with a fresh mind so that we can receive the blessing to allow buds to sprout from this knot.” Noting how this path is the splendid path that enables us to be saved from any suffering in accordance with the way we handle our mind, the Shinbashira encouraged the followers by saying, “I very much hope that you will extend the path of Oyasama by applying the teachings of the path to your way of thinking and living as you seek to convey the joy of faith to the next generation.”

After the service performance, Rev. Hasegawa took the podium to deliver his speech. Speaking about the origin of the Europe Centre, he said, “Fifty-one years ago, this center was established to grow the seeds that were sown by the second Shinbashira in the areas of academic studies, culture, and sports, as well as to serve as a place where local followers could savor the joy of faith.” He moved on to talk about the progress the center had made over the years and expressed his determination by saying, “As we stand at the beginning of the next fifty years of the Europe Centre, I pledge to continue moving forward in our spiritual journey with a renewed sense of gratitude while making repayment for God’s blessings.”

The proceedings in the sanctuary were followed by a virtual get-together between those gathered at the Europe Centre and those gathered via Zoom. Also, an apple tree was planted on the center’s premises to commemorate the 51st anniversary. 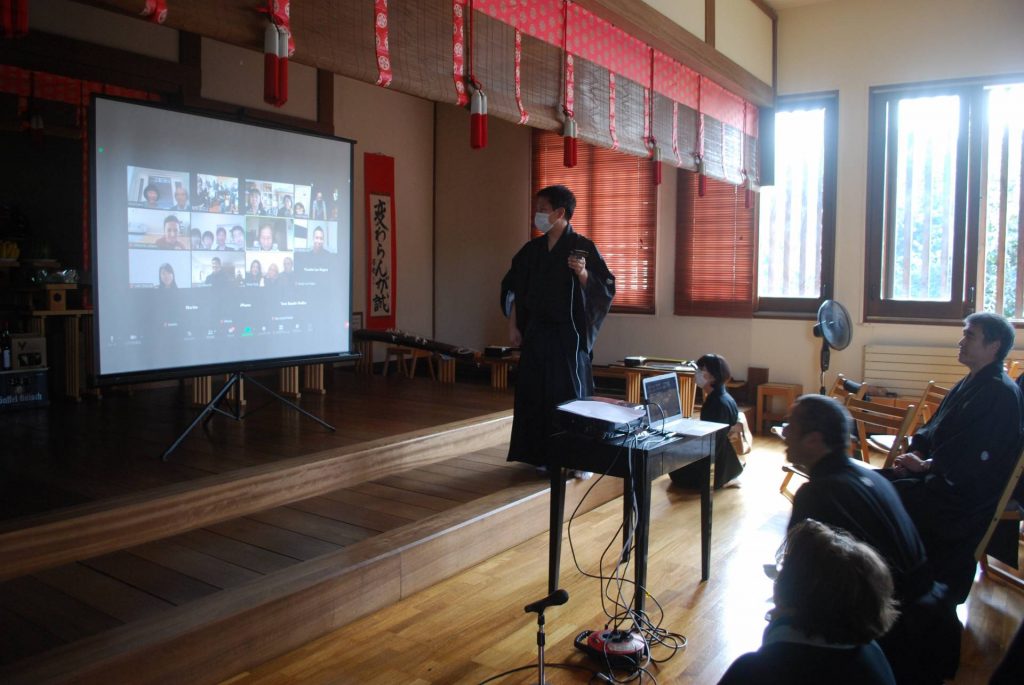 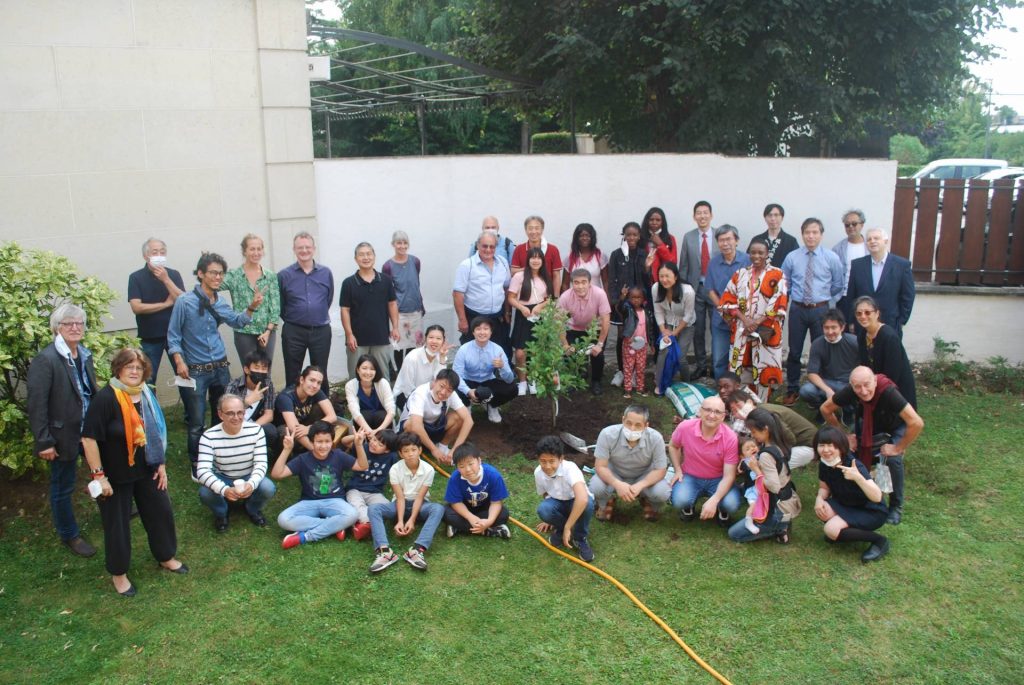