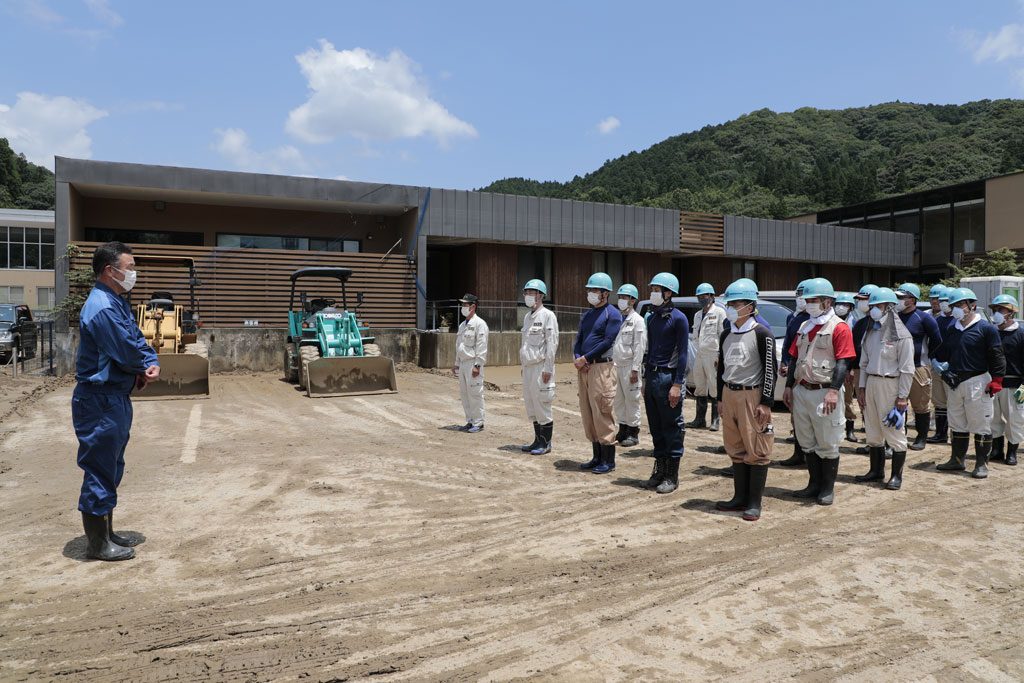 Between July 3 and 4, the rainy season front associated with a low-pressure system brought persistent heavy rainfall to the southern part of Kumamoto Prefecture and triggered massive mudslides and flooding. A total of more than 8,000 buildings in the prefecture were inundated, and some of them were partially or completely destroyed.

Meanwhile, in keeping with the measures taken by wider society to curb the spread of the novel coronavirus, Kumamoto Prefecture’s social welfare council gave careful consideration to their recruitment of general volunteers and, eventually, decided to accept only those living in the prefecture.

Unlike general volunteers gathering from the same prefecture, however, the Disaster Relief Hinokishin Corps Headquarters was asked by the local authorities to assist in relief efforts and, on the 13th, Church Headquarters’ Disaster Counteraction Committee (chaired by Yoshiyuki Nakano) decided to dispatch the headquarters corps to Kumamoto Prefecture. To help prevent the spread of the virus, arrangements were made to keep the corps members away from the local residents as much as possible and focus their operations on public facilities.

The first unit sent to Kumamoto Prefecture—consisting of members not only from the headquarters corps but also from Kumamoto, Nagasaki, and Miyazaki diocese corps—carried out its operations in Kuma and Sagara villages between July 17 and 19. Both villages, located along the Kuma River, were hit hard by the flooding. The river overflowed its banks at 12 points after torrential rain struck the region on July 4, causing widespread flooding.

On July 17, the corps members were divided into three groups and embarked on full-scale recovery operations in several designated areas in the villages as well as at Tenrikyo Kumagawa Branch Church, which, located in Hitoyoshi City, had been severely damaged. 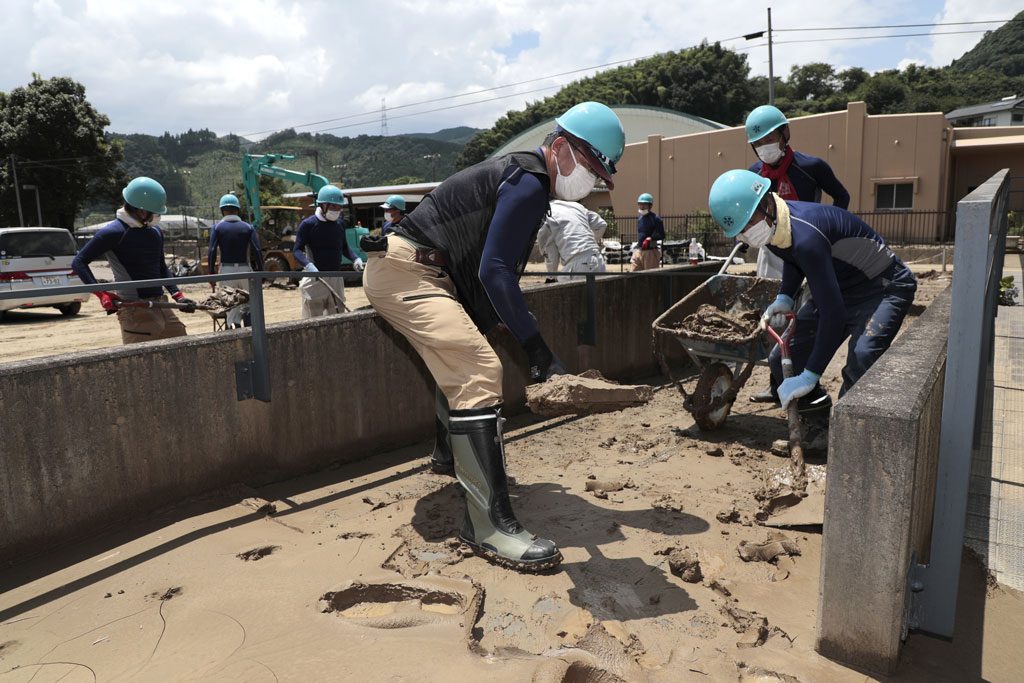 In Kuma Village, one of the groups worked at Watari Elementary School where the muddy water reached the ceiling of the first floor. The corps members removed flood-damaged equipment and scooped away sludge that had accumulated in the school buildings and playground, as well as surrounding roads, using shovels and heavy machinery. These efforts were continued by later units, who also loaded large amounts of mud and debris onto trucks and transported them to dumping grounds before thoroughly cleaning the buildings inside and out by washing away sludge with high-pressure pumps and squeegees.

Mr. Yoshihiro Mori, chairman of the local education board, who had served as the principal of the school until March, said: “We completed the refurbishment of the school facilities last autumn. Then the torrential rains afflicted our region. The massive flood inundated the buildings and drove us and local residents to despair. But the Disaster Relief Hinokishin Corps rushed to our school and worked to restore the damaged facilities, bringing a ray of hope!”

The first unit of the Disaster Relief Hinokishin Corps was followed by the second (July 20–22), third (July 23–25), and fourth (July 26–28) units. A total of 947 corps members from seven dioceses and the headquarters took part in the disaster relief activities during the 12 days. The corps removed 890 tons of mud and 655 tons of debris, clearing away areas measuring 10,076 square meters. 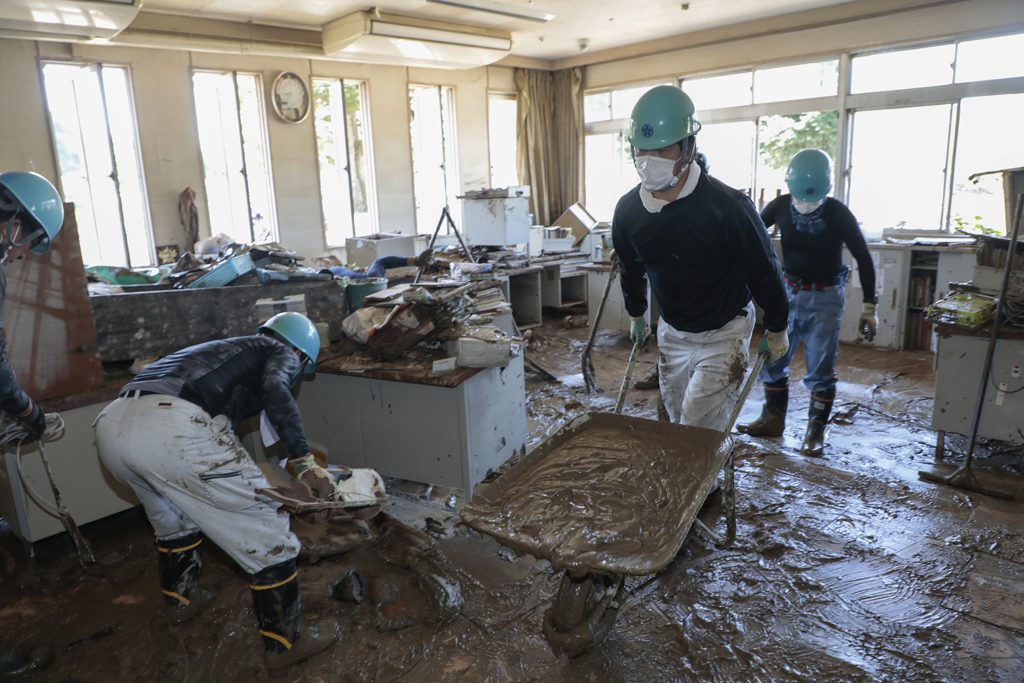