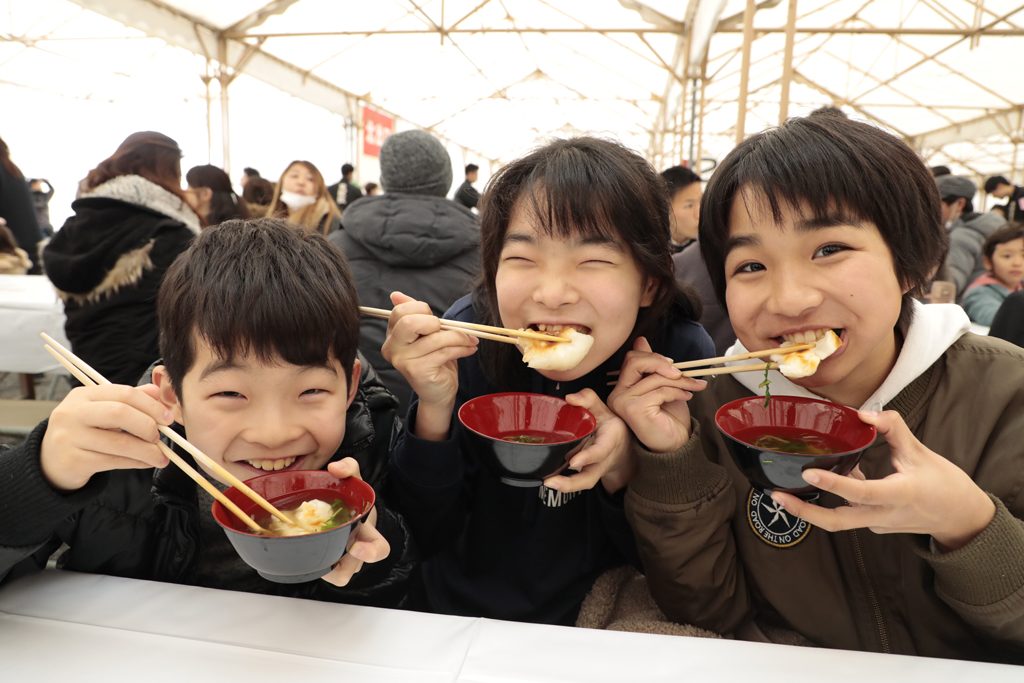 Tenrikyo Church Headquarters held its traditional new year event, the “Sechi Festival,” from January 5 to 7 at the Home of the Parent. Followers and visitors came to Jiba and enjoyed a bowl of zoni—a hot, clear broth with greens and charcoal-grilled rice cakes offered to God the Parent at the New Year’s Day Service at Jiba.

This tradition has continued for over a century, dating back to the days when Oyasama was physically present. This year, the 183rd year since the founding of the Teaching, many church groups, families, and friends returned to Jiba, amounting to a total of 65,595 pilgrims. On the first day of the event, which happened to be a Sunday, a large turnout of participants—38,326 people—came to partake of zoni, creating a lively atmosphere in the Home of the Parent. 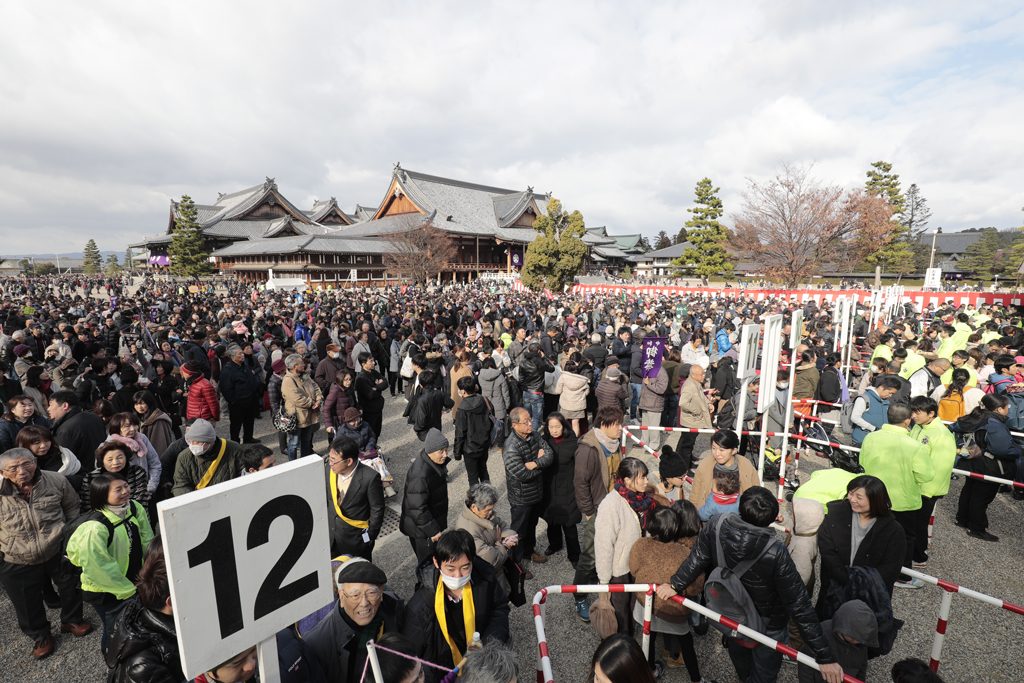 The festival venues opened at 10:00 a.m. on each of the three days. After offering their first prayers of the year at the Main Sanctuary, pilgrims were treated to a celebratory sip of sake at the gate. They were then guided to one of six venues to savor zoni. The pilgrims enjoyed the new year festivities of the Home of the Parent, with the hot, delicious zoni, warming their hearts and bodies. 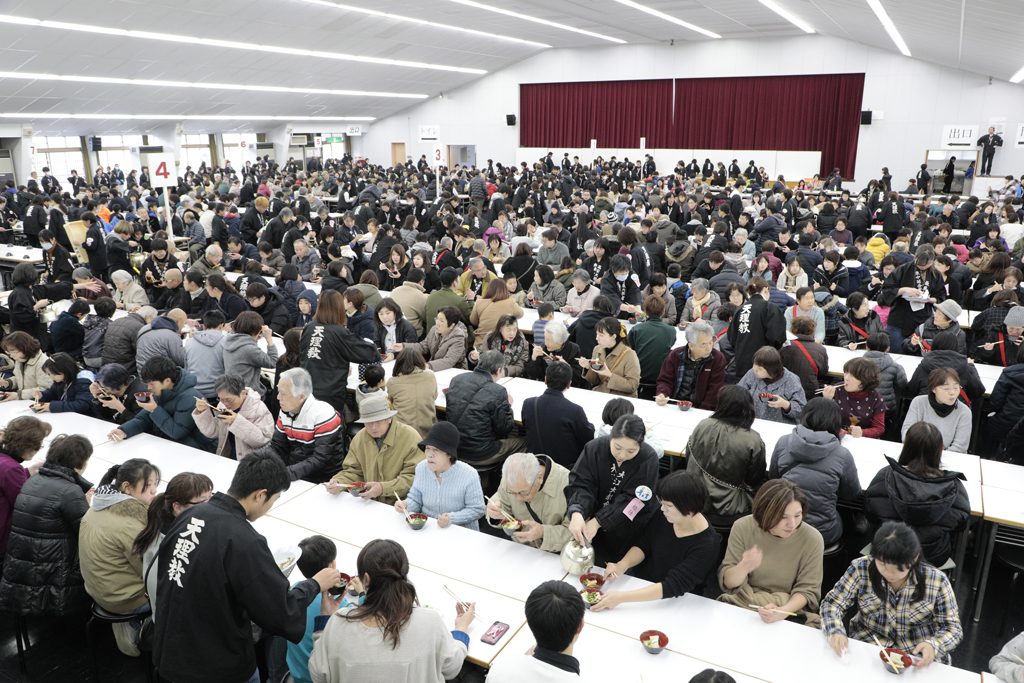 To support this event, approximately 5,000 people engaged in hinokishin—including resident officials of Church Headquarters, head ministers of directly supervised churches, staff members of Church Headquarters, students of Shuyoka (the Spiritual Development Course) and Tenrikyo schools, and members of the Students Association Hinokishin Corps from many parts of Japan. 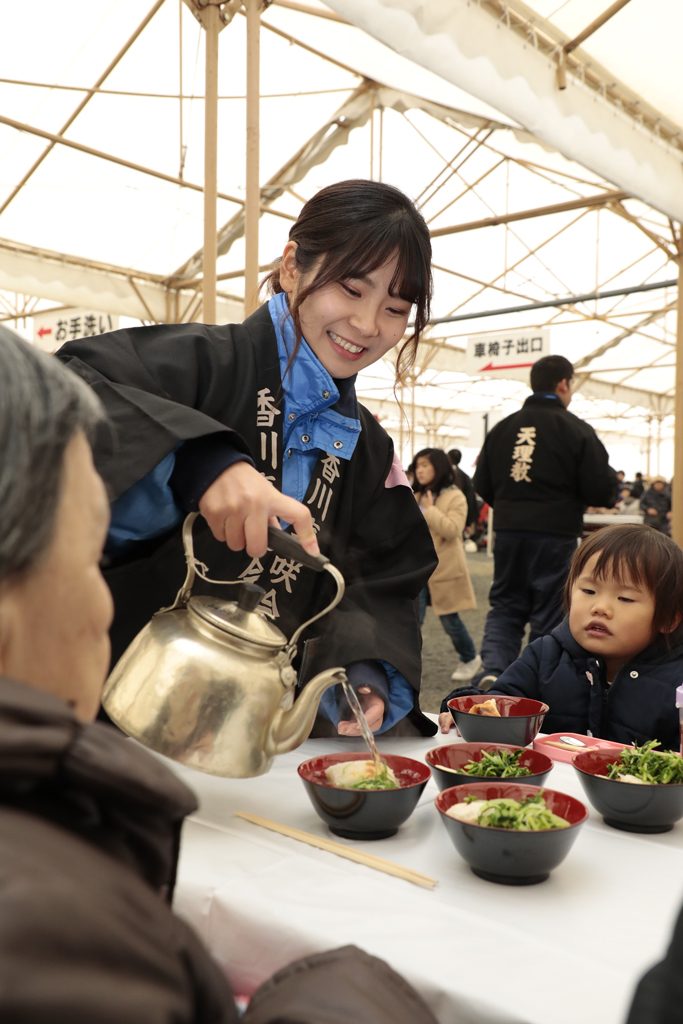 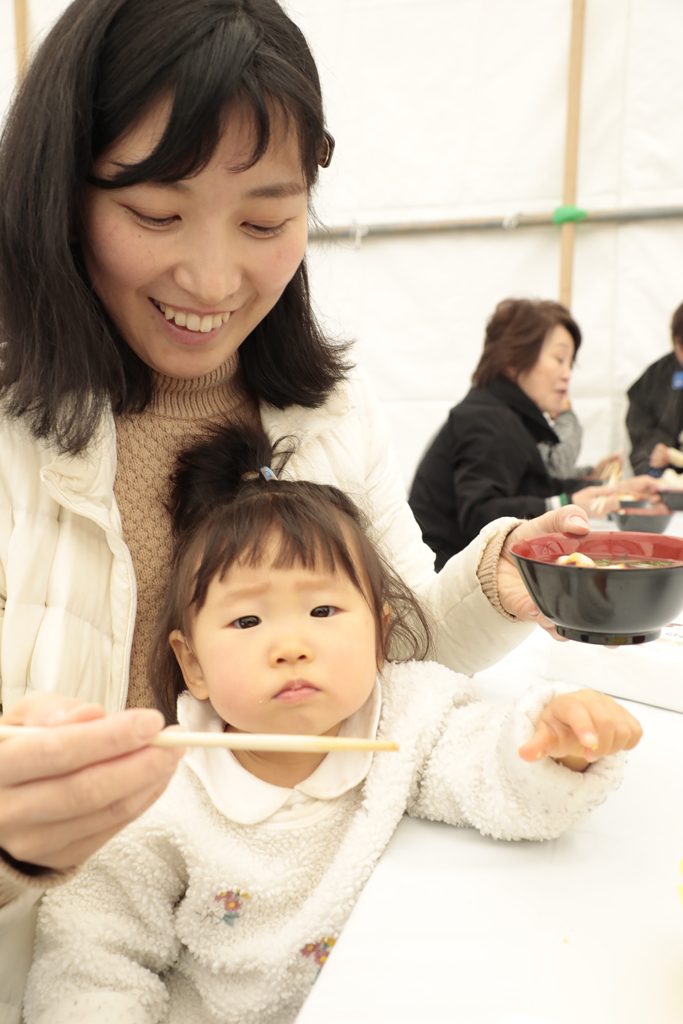 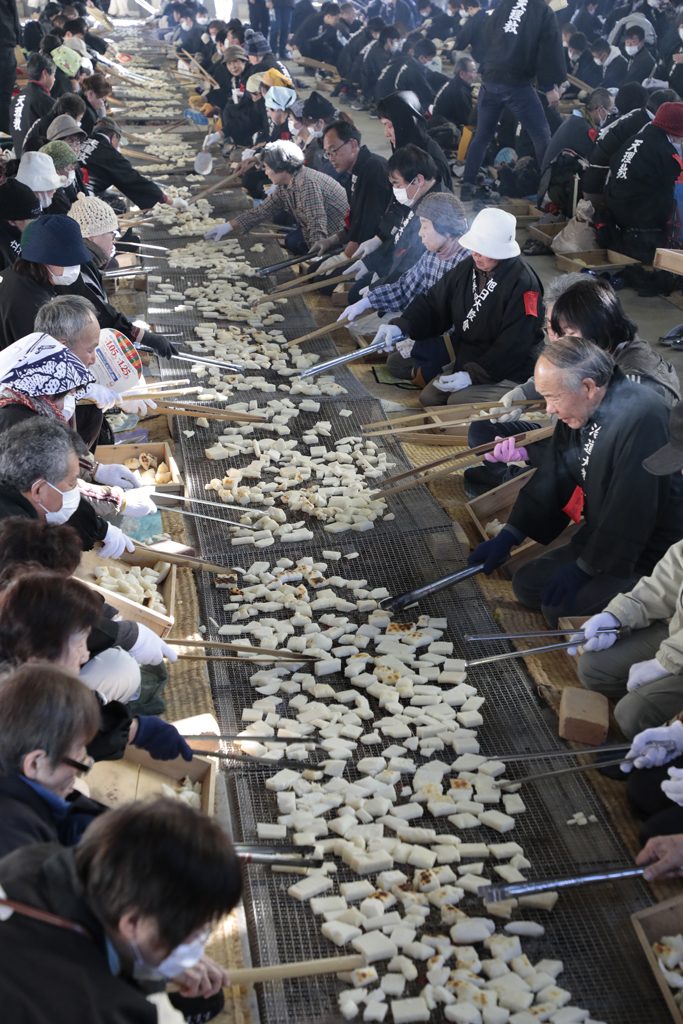