Seminar for Successors Held in Jiba with Overseas Followers 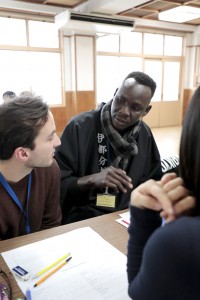 The 20th session of the Seminar for Successors was held in Jiba, the Home of the Parent, between February 10 and 12 with an attendance of 1,404 men and women—which is the largest number so far for a session—not only from within Japan but also from overseas. During the three days, the English, Chinese (Mandarin), Korean, Spanish, Thai, Nepali, and Yasashii Nihongo (Easy Japanese) classes were provided for 88 overseas followers.

Among them was Paolo Cazzaniga, a 29-year-old follower from Italy, who attended the English class. He is currently studying at the Graduate School of Keio University in Tokyo. He said: “Before attending this seminar, I missed Tenrikyo friends and acquaintances because I did not have many opportunities to get together with them. I’ll treasure the bonds with my fellow classmates, which go beyond national boundaries.”

Gillis Shrestha, who is a 26-year-old follower from Nepal and is now working in China, returned to Jiba to attend the Nepali class of the seminar. He said: “By attending several class discussions I was able to understand the importance of practicing filial piety. I really feel grateful to my father, who eagerly recommended me to attend this seminar. I want to become a Yoboku as soon as possible through attending the Besseki lectures.”

Sebastian Rubio Higuita, a 26-year-old Colombian studying in the Japanese Language Department of Tenrikyo Language Institute (TLI), attended the Spanish class of the seminar. He commented: “We were able to speak about a variety of topics and share some thoughts with other group members. Even though we all spoke Spanish, we came from different countries and cultures. So I enjoyed hearing about how others started practicing Tenrikyo. I found that we had a lot of things in common even though we were from different parts of the world, which was really amazing.”

Roseann Ros Nuyda Dela Cruz, a 28-year-old follower from Hawaii who is now studying in the Oyasato Fusekomi Department of TLI, attended the English class of the seminar. She said: “I really liked the idea of putting the teachings into action. We had a deep discussion about what we can do to implement the teachings together with our families or others who are close to us, because that’s where we start from. I’m now trying to put into action what we shared in the group. I feel that anyone can attend the course, because they try to teach the Tenrikyo teachings in a way that is easy to understand.” 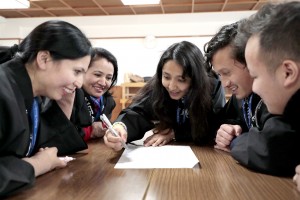 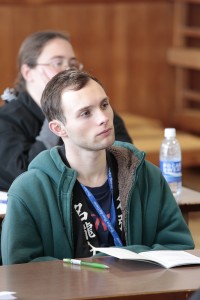 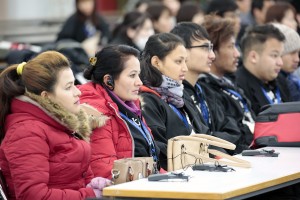 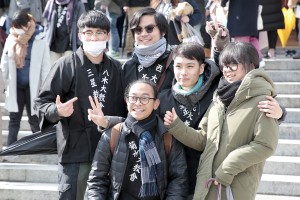