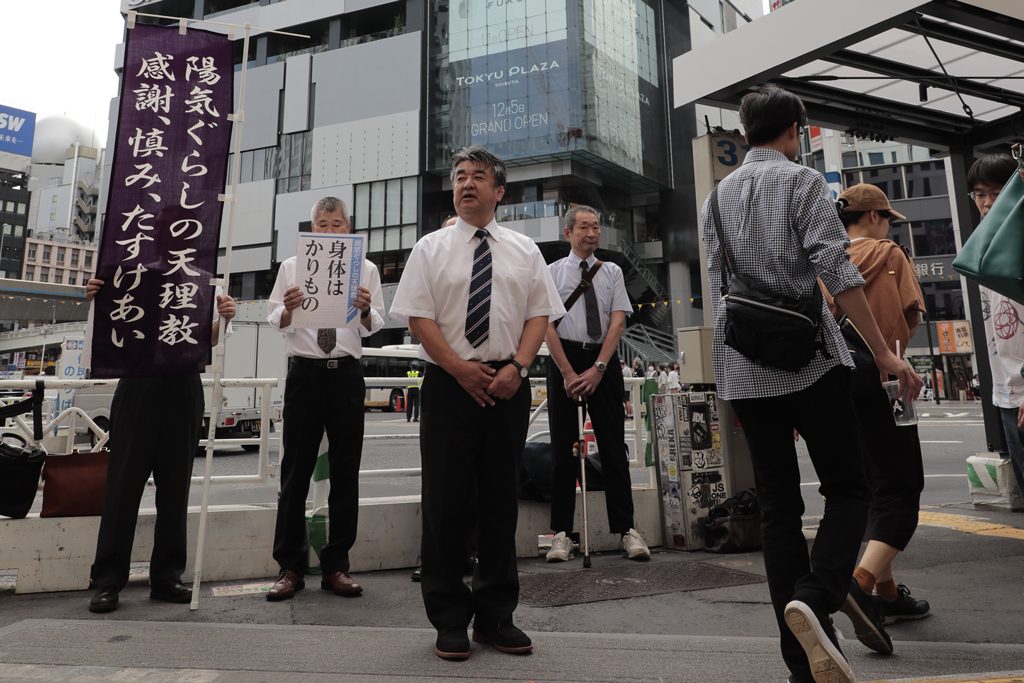 This year’s Tenrikyo Nioigake Day was observed between September 28 and 30, wrapping up the month that Tenrikyo annually designates as the month to vigorously engage in “nioigake” or “sprinkling the fragrance of the teachings.” This year, Tenrikyo Nioigake Day was organized under the same theme as in previous years: “The day for Yoboku to be active.” As for the Roadside Speech Day—part of the Niogake Day event—like last year, each district had the option to observe it on one of the three days depending on local circumstances.

The leaflet prepared for the event this year is entitled “Always with a mind like clear skies.” Centered on the teaching of the dusts of the mind, the leaflet encourages readers to rid themselves of a cloudy selfish use of mind and, instead, have a mind considerate of others, which can lead to a clear mind filled with joy. This year, four million copies of the leaflet were printed. Followers spiritedly took part in spreading the name of God, giving roadside speeches, passing out leaflets, and doing door-to-door missionary work around the country.

In Shibuya District of Tokyo Diocese, 19 followers gathered at Shibuya train station on the 28th and took part in doing roadside speeches, passing out leaflets, and spreading the name of God. On the 29th and 30th, followers from churches and fellowships in the district engaged in various missionary activities. In addition, Young Men’s Association Shibuya Chapter members, along with Shinjuku Chapter and Oedo Chapter members, gathered together to carry out the Nioigake Day “Night Session.” As many of the young followers work during the day, these members gathered at night at various train stations, engaging in missionary activities.

In Chusun-Higashi District of Shizuoka Diocese, followers engaged in roadside speeches and passed out leaflets on the 28th and 30th at Shizuoka train station, with church head ministers leading the group. On the 29th, 80 followers in the district gathered at Shizuoka Grand Church. They first performed the seated service and hand dance, and then set out to do door-to-door missionary work in a nearby residential area and other missionary activities at the nearby Shizuoka train station.

In Hannan District of Osaka Diocese, nine groups were created, with each group engaging in missionary activities on its respective day. On the 28th, church head ministers gave roadside speeches, passed out leaflets, and carried out door-to-door missionary work. On the 29th, the annual activity of spreading the name of God was held. Church head ministers, Yoboku, and followers engaged in spreading the name of God in different areas of Osaka on the same day. 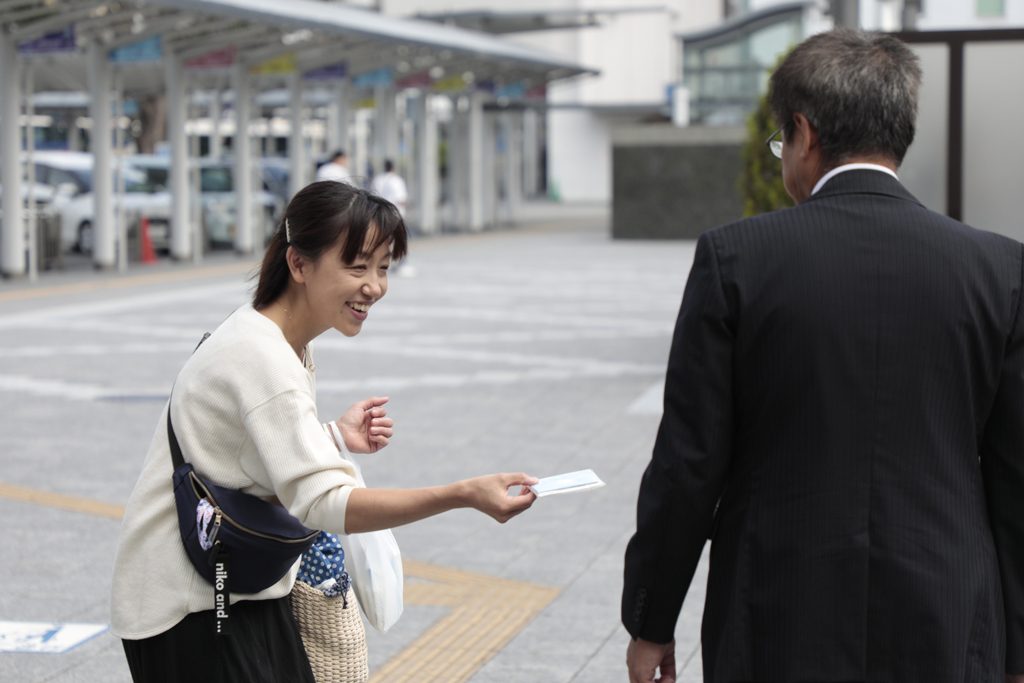 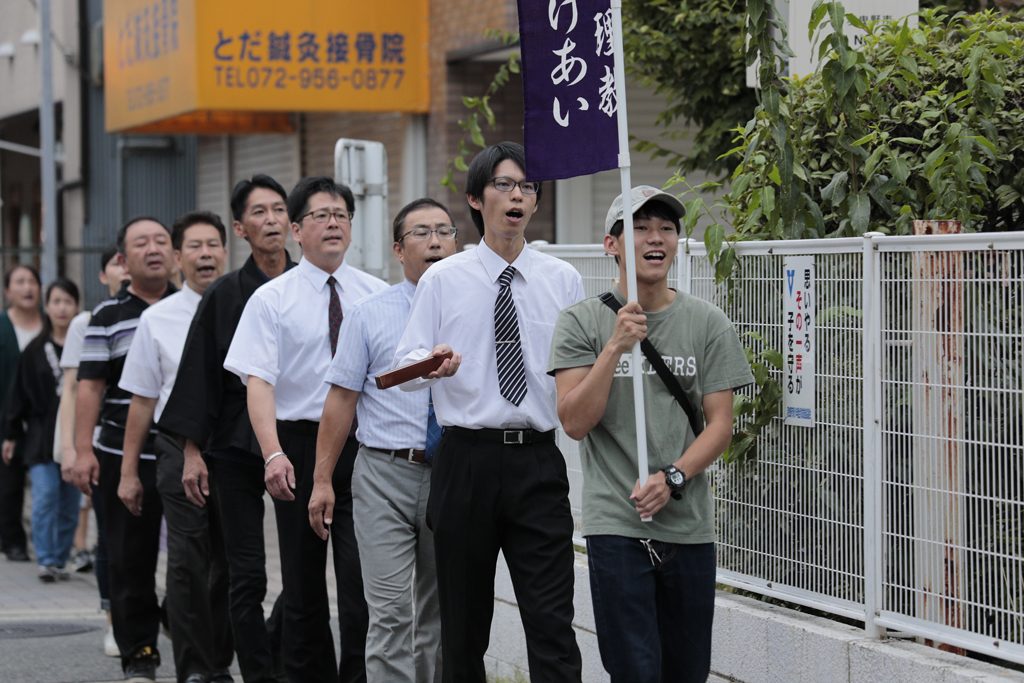