Oyasato Seminar Students Learn and Implement the Teachings in Jiba 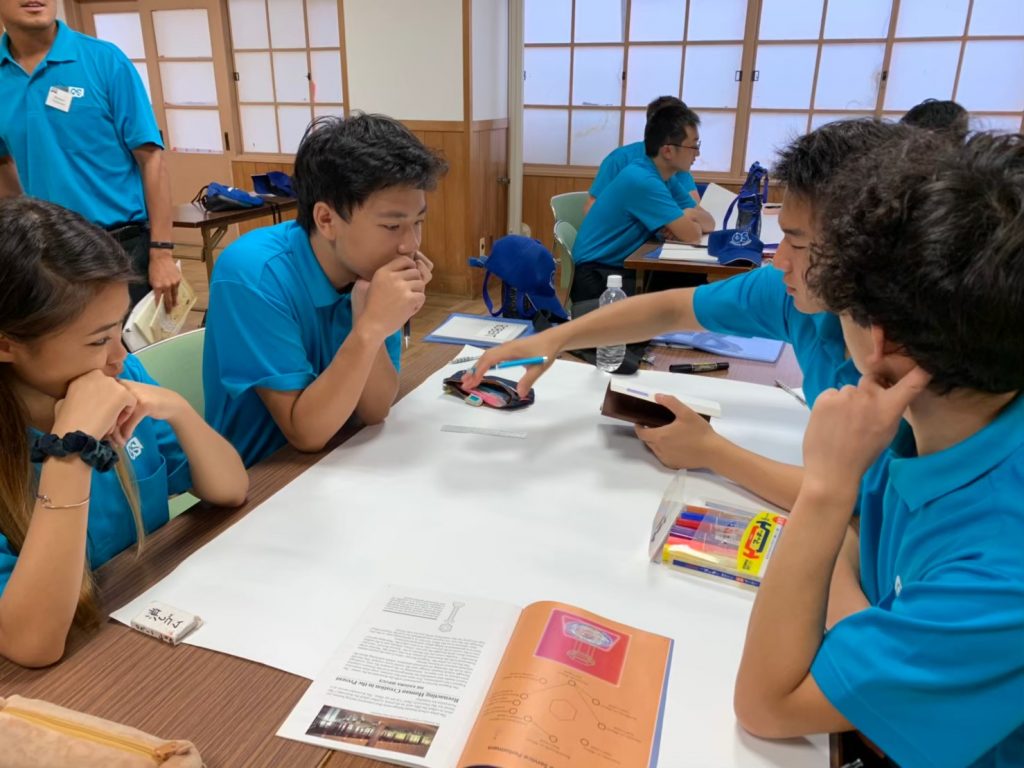 The Oyasato Seminar—a summer program that teaches high-school-age participants from overseas countries about the Tenrikyo faith—was held this summer, once again, in the Home of the Parent. The Spanish Course, the Portuguese Course, and the Chinese Course, as well as English Courses I and III began on July 10 and finished on July 25. The Korean Course was held between August 3 and 15.

The seminar is an annual event originally launched in 1984 to help nurture successors of the path, mainly high-school-age students living in overseas countries, by providing an opportunity to gather in Jiba and learn and implement Oyasama’s teachings. This year’s seminar drew a total of 75 students from 11 countries and regions: Australia, Brazil, Chile, Ecuador, Hawaii, Mexico, New Zealand, Paraguay, South Korea, Taiwan, and the U.S. mainland.

In the first half of the program, students in English Course I as well as the Spanish, Portuguese, and Chinese courses attended lectures covering the basic teachings and practice sessions for the dance and the musical instruments for the service. Meanwhile, English Course III students spent a few days with staff members of the Precincts Section of Church Headquarters standing guard in 24-hour shifts and engaging in various other tasks. 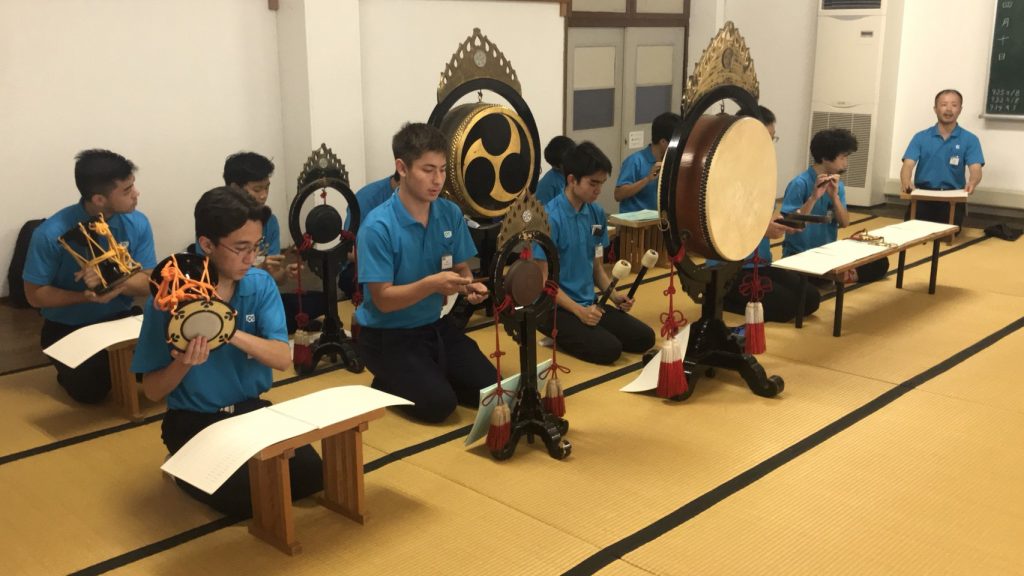 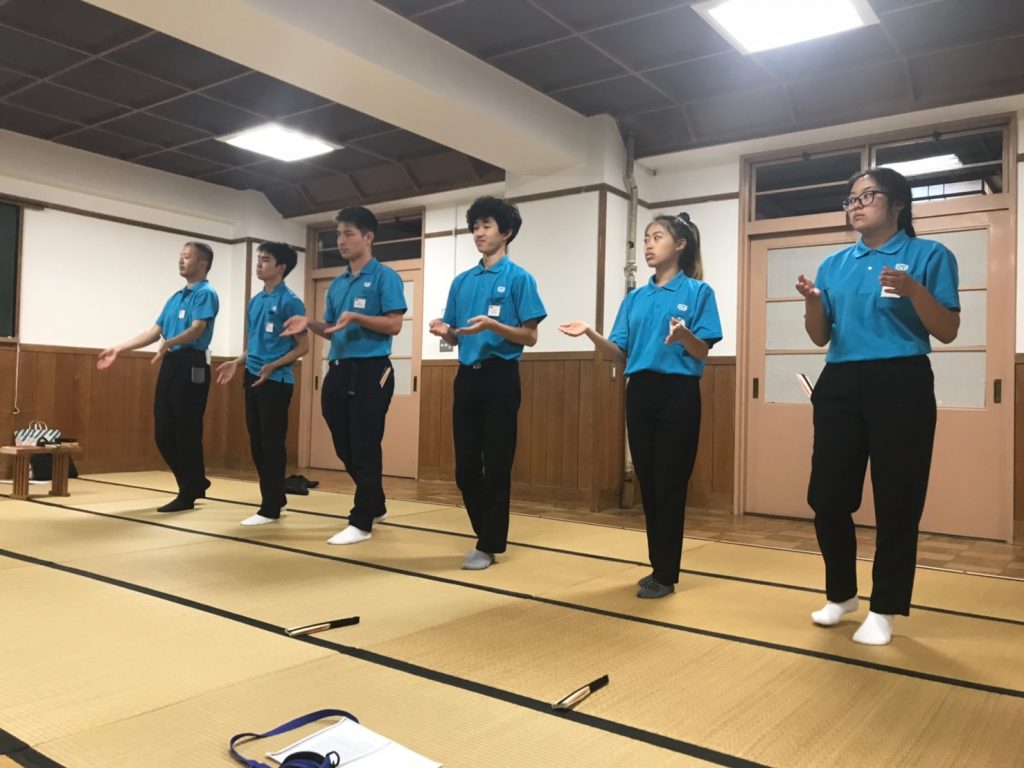 During one of the practice sessions for the service dance, a Portuguese Course student named Nathalia Costa e Silva seemed particularly earnest. A first-generation follower, she was invited to the Oyasato Seminar by a friend who had been a previous participant in the seminar, and she returned to Jiba for the first time. She commented: “I am deeply grateful that I was able to practice the service. Even after going back to Brazil, I will continue learning the Dance with Hand Movements, and I also want to be able to play the women’s musical instruments well.”

Frida Daniela Rios Jiménez, a Spanish Course student from Mexico, had been following a different religion before. Not fully convinced by the religion, she kept on looking for the kind of teachings she could completely have faith in. As her sister is a Tenrikyo follower, Frida was drawn to participate in the seminar at this time. She said: “I had never prayed for others before but, in one of the lectures, I was impressed when I heard that the teachings tell us, ‘Through saving others, you will be saved.’ I want to learn more about the teachings after I return home and put them into practice.” 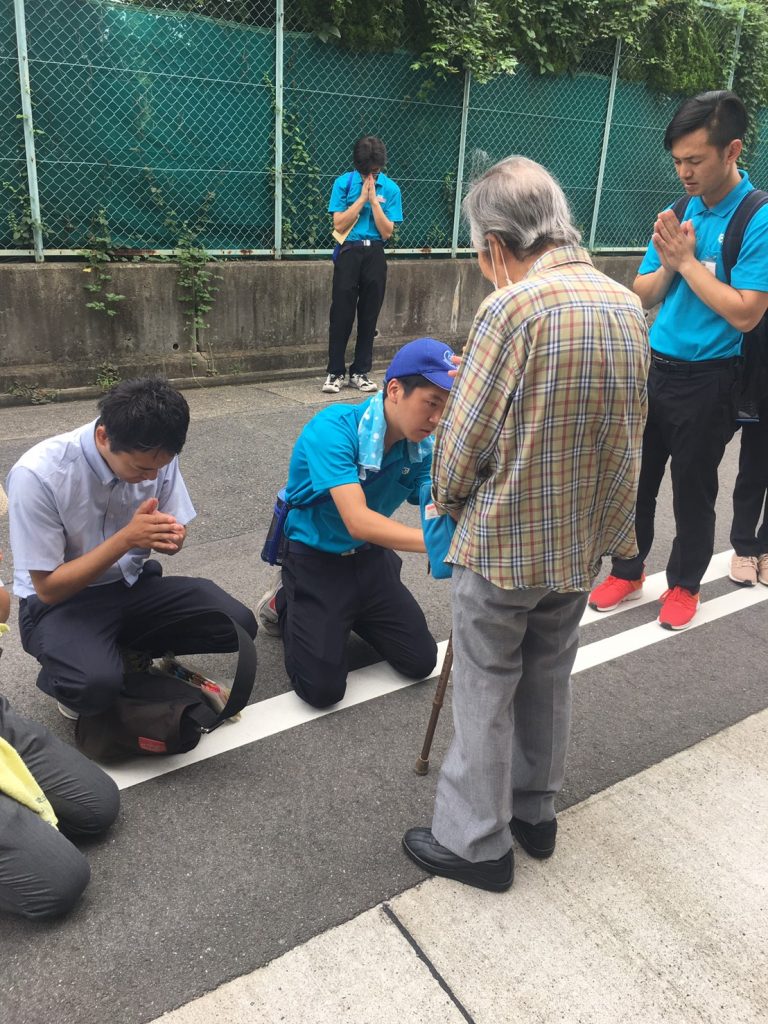 English Course III students were blessed with the bestowal of the truth of the Sazuke one day before they departed on their Aichi mission. During their door-to-door missionary work, Karla Narita, a student from Australia, spoke to a woman who had just got off the bus. The woman, who is acquainted with a Tenrikyo follower, asked Karla to administer the Sazuke to her leg. Karla said with a smile: “This was the first time that I sincerely prayed for someone to be saved. I want to continue to administer the Sazuke to my family, friends, and those around me.”