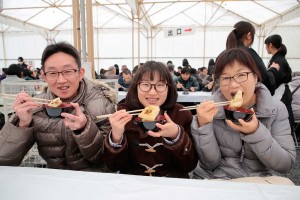 On each day, the gates were opened at 10:00 a.m. and closed around 1:00 p.m. After offering their first prayers of the year at the Main Sanctuary, individual and group pilgrims were treated to a celebratory sip of sake at the gate. Then they proceeded to one of the six venues to savor zoni.

To support this event, approximately 6,300 people engaged in hinokishin—including resident and other staff members of Church Headquarters, students of Shuyoka (the Spiritual Development Course) and Tenrikyo schools, and members of the Students Sechi Festival Hinokishin Corps. During this year’s three-day festival, 24.8 tons (54,675 pounds) of rice cakes, 3.189 tons (7,031 pounds) of greens, 42,570 liters (11,246 gallons) of broth, and 399.6 liters (106 gallons) of sake were served. 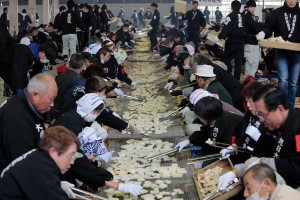 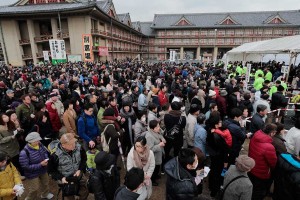 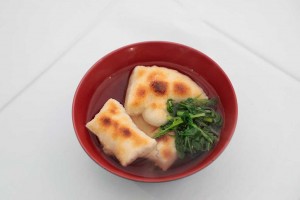 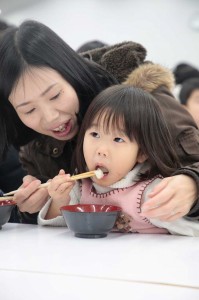